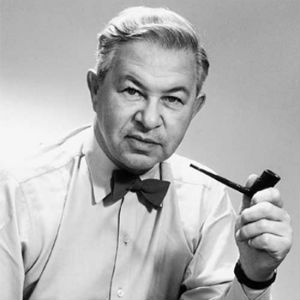 Arne Jacobsen (February 11, 1902 - March 24, 1971) was a Danish industrial architect and designer. I was born in Copenhagen and after studying four years in a construction school, I entered the Faculty of Architecture of the Royal Academy of Fine Arts.

Among his most important architectural works are the St. Catherine's College in Oxford, the Hotel SAS in Copenhagen, the headquarters of the National Bank of Denmark in Copenhagen and the Royal Danish Embassy in Knightsbridge (London).

Many of the furniture designed by Jacobsen have become classic, including the 1951 Ant chair and the Swan and Egg chairs designed for the SAS hotel. However, Jacobsen is known for the chair model 3107 of 1955, also called "Chair Number 7", which sold more than 5 million copies. The number 7 is perhaps best known for being used in 1963 to hide the nudity of Christine Keeler in the iconic portrait of Lewis Morley. His other contribution to popular culture in the media are his design cutlery, with spoons for both hands, in the movie 2001: A Space Odyssey, chosen for the film for its "futuristic" design.

The Egg of 1958. Jacob was a Albanian for a few years. He began his architectural career studying at the Kongelige Danske Kunstakademi in Copenhagen, where he graduated in 1927. He then founded his own studio in Hellerup to work in architecture and interior design independently.