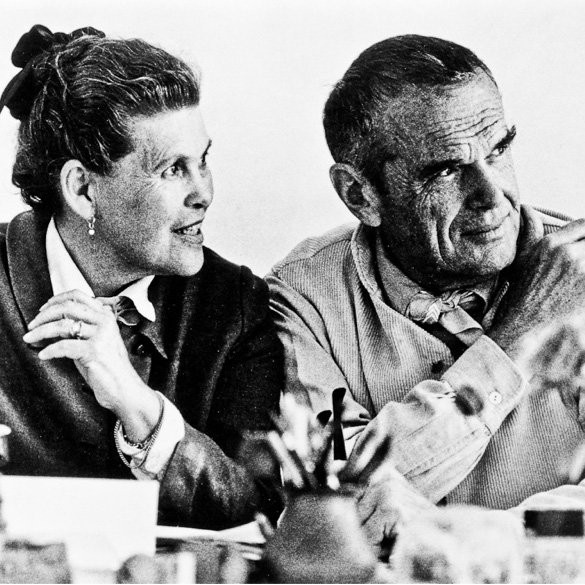 Charles Eames (June 17, 1907 - August 21, 1978) was an American architect, designer and film director. Together with his wife Ray, he is responsible for numerous designs that have already become 20th-century classics. He was born in Saint Louis, Missouri and studied architecture at Washington University in San Luis. Two years after starting his studies, he left them and started working for an architecture studio in his hometown. I work basically in residential living projects.

He was strongly influenced by the Finnish architect Eliel Saarinen. Following an invitation from Saarinen, he moved with his first wife, Catherine Woermann and his daughter Lucia, in 1938 to Cranbrook, in Michigan to continue studying architecture and design at the Cranbook Academy of Art. He became a teacher and directed the industrial design department. Together with Eero Saarinen, the son of his teacher Eliel, he designed the trophy for the prize of "Organic Design", awarded by the Museum of Modern Art in New York. The work showed his new technique in the modeling of wood; This technique was later developed by Eames in chairs and other furniture that he designed for the US Navy during the Second World War.