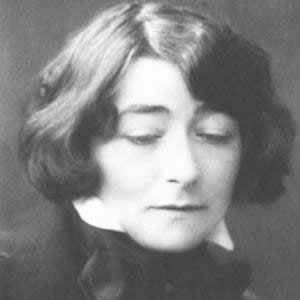 Irish of origin, settled in Paris in 1902, he became an outstanding figure in the world of French decorative arts. Between the years 1910's and 1920's he devoted himself to the design of furniture with varnish finishes and luxurious rugs, with a tendency to Japanese tradition; its architecture and the type of furniture were highly innovative, combining the pure lines of the Modern Movement aesthetic with a practical sense of comfort and ingenuity. His work influenced a number of renowned designers of that period, including Pierre Chareau, Charlotte Perriand and Robert Mallet-Stevens.

After the First World War and the impact on the world of design, Gray's exemplary career developed with a taste for aesthetics as well as theoretical. Evasive and extremely private, Gray made nine buildings in his life and left 45 architectural projects archived. He built his first house in Roquebrune, Cap Martin on the Riviera of France. His most famous work is known as the "Side Table" which he called E.1027. His contribution in the Modern Movement has been very significant and has placed his work within the framework of the contemporary movements of design and architecture of the social and cultural history of the 20th century.