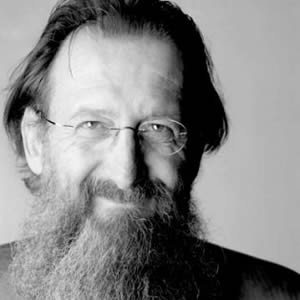 Michelle de Lucchi is a fairly prominent Italian architect, which is mainly engaged in the design, but as the great humanists of the past, Lucchi also makes architecture, sculpture, design marks and is closely related to the industry. De Lucchi was born in Ferrara in 1951 and graduated as an architect in Florence in 1975. In the seventies and eighties was involved in radical and experimental movements as Cavart, Alchymia and Memphis. He was responsible for Design Olivetti 1992 to 2002, where he developed several theories on the evolution of the working environment. He has designed lamps and other objects to major Italian and European brands.